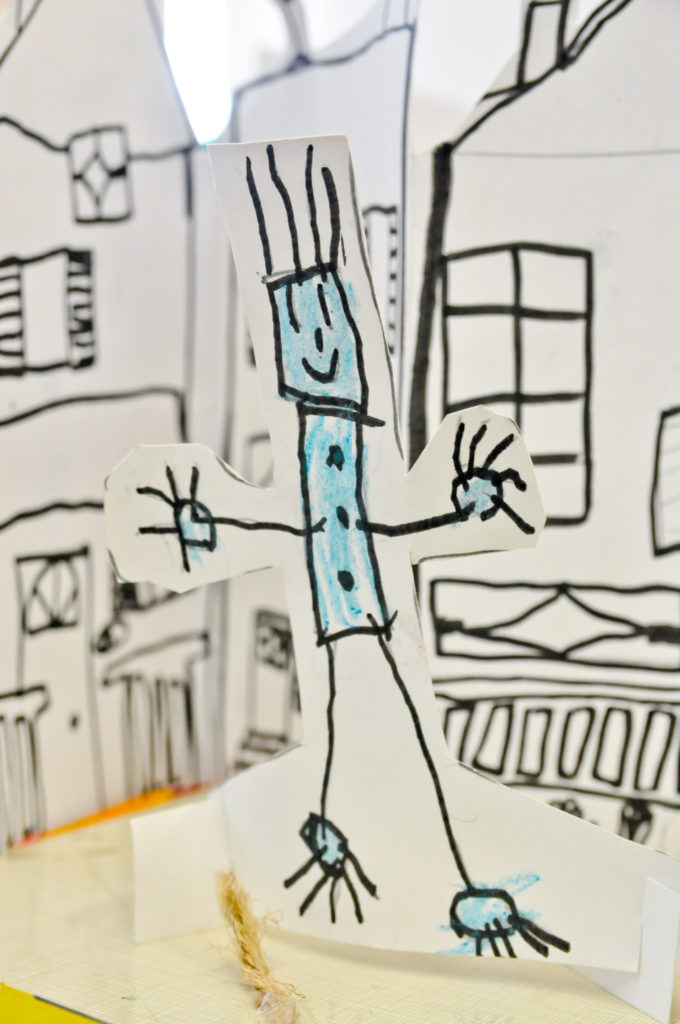 A STRUCTURE is a supporting framework of any size, shape and purpose, that holds a load.  Structures are all around us in the natural and built environment.  A structure’s strength is its ability to support a LOAD. It’s STABILITY is its ability to maintain balance and stay fixed in one spot. Forces will PUSH and PULL on a structure. Gravity causes weight to PULL down on a structure. This is called STRESS, and it pushes the structure down, or COMPRESSES it. Winds will PUSH the structure. When we build a structure we make sure that our design allows for it to be PUSHED and PULLED by FORCES.

Consider a conventional house with a triangular roof. The roof is stabilized by the tensile force or TIE that is a BEAM hold the STRUTS in place.

MECHANISMS, conversely, are devices whose function is based around movement. If you build a structure that is intended to be MACHINE or to move, you need to add the mechanisms necessary for it to not only be strong and stable but also to move. A bicycle is a perfect example. These moving components can be gears, chains, belts, pulleys, levers.

The combination of force and movement defines POWER and a mechanism is designed to manage power in order to achieve a desired set of forces and movement.

Arts Programs in Structures and Mechanisms

The ancient famous Persian architecture Ziggurats (meaning to build on a raised area) were massive structures built in the ancient Mesopotamian valley and western Iranian plateau, a terraced step pyramid of successively receding stories or levels. Chogha Zanbil (translated basket mound) is one of the most famous, built around 1250 BC by the Persian King Untash-Napirisha to honour the great god Inshushinak. Artist Moojan Nazmi introduces students to these structures that were built inside volcano fossils thousands of years ago. Children let their imaginations fly and create their own 3D papier-mâché Ziggurat. With relief clay or printmaking, students may also build their own silver and golden plates and coins while learning stories of these carvings and how to replicate them. Moojan also introduces students to the many characters of Persian mythology that can be built through 3D papier-mâché and paint. Grades 4+

There are thousands of species of bees and among them we have queens, drones and worker bees. They are truly one of the most beautiful and collaborative types of insects on our planet. But perhaps the biggest foreboding danger of all facing humans is the loss of the global honeybee population. The consequence of a dying bee population impacts humanity at the highest levels on our food chain, posing an enormously grave threat to our survival. Since no other single animal species plays a more significant role in producing the fruits and vegetables that we humans commonly take for granted yet require near daily to stay alive. Honeybees pollinate over 30% of our natural food. Imagine losing 30% of our natural food because we have lost this precious resource. Students learn about bees and the phenomenon of Colony Collapse Disorder brought on by increased use of pesticides, the Varroa destructor parasite, shrinking habitats, multiple viruses, poor nutrition and genetics, and even cell phone towers. Students build their own colony using creative materials including bamboo and wire. The process is fun and informative and the results are magnificent. Available in French ~ Mahshid Fadaei, Charmaine Lurch + Paul Walty ~ Artistic Process Beautiful Sculpted Bees

Students learn about the canoe, the kayak and their part in Canada’s history while working on 3-D works of art incorporating painting, sculpting and printmaking. Create beautiful sailboats of simple construction with bamboo, paper and foam with authentic bow, mast, jib and main sail. Watch these elegant watercraft float across your classroom. Grades 3+ available in French ~ Sandra Iskandar, Charmaine Lurch + Paul Walty ~

I say sculpture! You say bronze, marble, oak. I say wire! You say stereo extension cord? This workshop sings the beauty of this ubiquitous material. Twist it. Bend it. Crimp it. Split it. Hang it. Weave it. We can design with wire. Tap into creating everyday objects with a twist! We can draw with it—head to toes. Carving space with a line, a curve that leave so much to the imagination. We can plumb the work of famous artists or wire up our own personal journeys. Don’t forget the side order of cotton gloves and wire snips. Grade 4+ available in French ~ Charmaine Lurch + Paul Walty ~

With found objects wooden pieces, cardboard, wire and glue, join artist Amelia Jimenez in a world of sculptures, machines and folk toys that move with the wind. Available in French. Or explore hands-on artistic approaches to inspire environmental literacy. Try the wild whirly-gig creations that promote wind power and plant and animal biodiversity, or use fanciful fish weathervanes to highlight the importance of water and the endangered fish in our local rivers and lakes. Experiment with wire, pastels, coloured foam forms and paint to create moving masterpieces. Grades 4+ ~ Samina Mansuri + Charmaine Lurch ~

Want to create your own land of faerie or a castle keep with drawbridge and dragon? How about an out port on a distant planet complete with spaceships ready for liftoff? With pencils, markers, a dab of colour or two students explore the high roads and byways of those imaginary places and transform our drawings into a marvellous 3D paper world of dreams and adventure. World Builder encourages individual and collaborative creation of urban and rural environments referencing Toronto and its hinterland. Each student models their efforts on the needs of an individual animal or human according to architectural, biological, geographical and sociological references. iPads may be used to research topics in curricular preparations prior to the artists arrival and then elaborated upon in daily discussions during the project. All grades ~ available in French ~ Paul Walty ~
PHOTO ~ World Builder school wide project in English + French at Adam Beck PS ~ artist Paul Walty 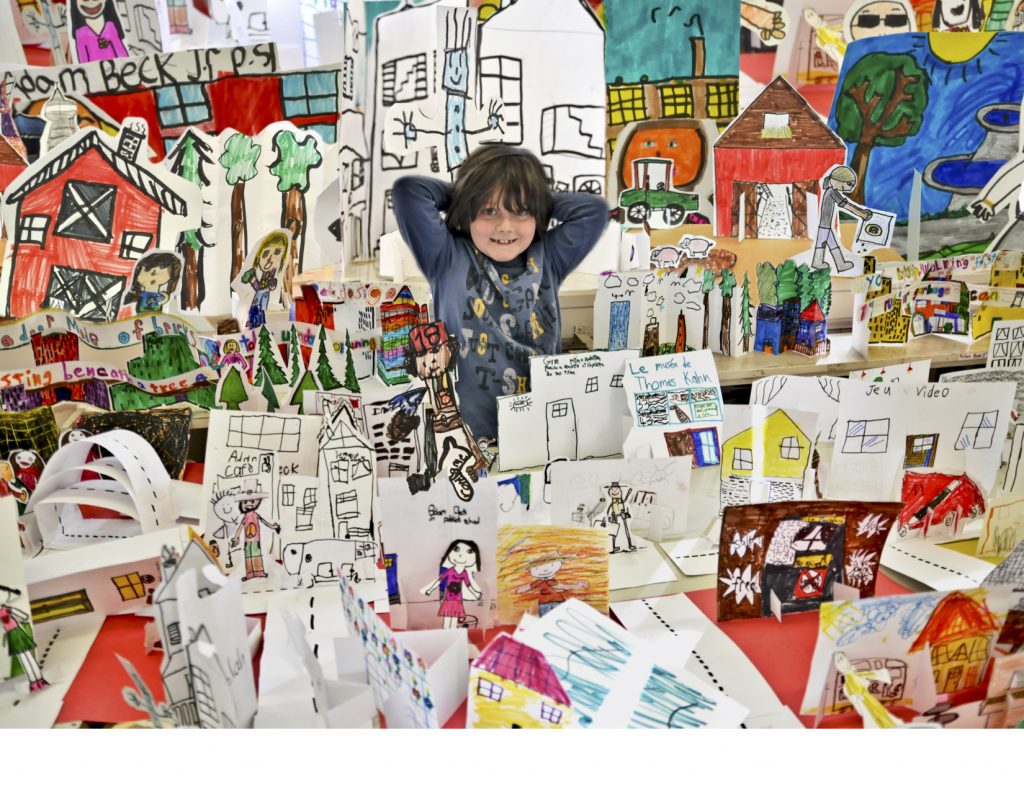