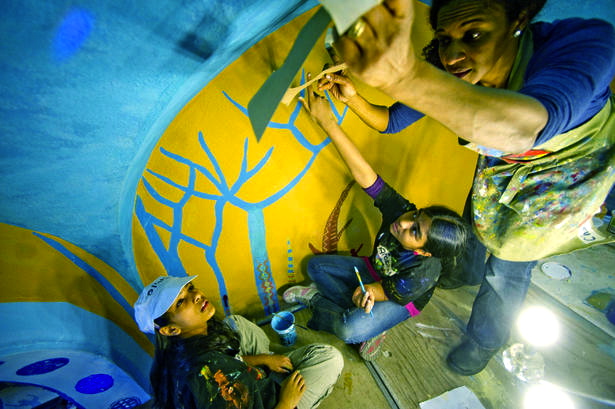 African Canadians in the 19th century

We have a vibrant black history that connects Detroit and Toronto through an exciting story that includes a daring escape, activism, and a nose for business. Learn about Thornton and Lucie Blackburn’s entrance into Canada and their subsequent building of the first taxi business. Create beautiful mono prints on coloured foam and use wonderful wire works to describe the lives of the Blackburns and our other Black Pioneers in Ontario. Ideal for grades 3 to 7 with Charmaine Lurch ~

LEAP and ESL classes share and learn from each other all about mosaic and tile patterns from world architecture. Students craft their own ceramic sculpture or self portrait from mosaic tile integrating tesserae accents found in our gardens and around oceans and lakes. Ideal for grades 3 to 7 ~ Elizabeth Greisman, Sandra Iskandar, Moojan Nazmi + Piya Sharma ~

Naïve Art in the 17th to 20th centuries 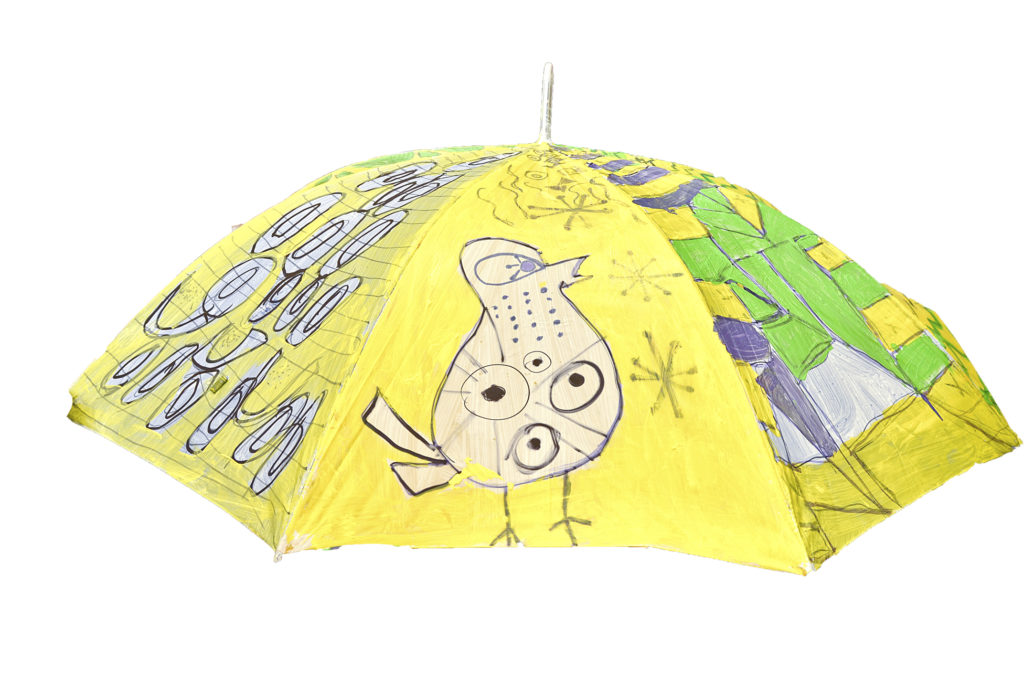 Naïve and Primitive Art is characterized by a refreshing innocence and the charming use of bright colours, child-like perspective and idiosyncratic scale. It portrays simple, easy to understand and idealized scenes of everyday life. The naïve artist – often self-taught – treats us to a uniquely literal, yet extremely personal and coherent vision of what the world was, is or should be. Here is your chance to introduce your students to this unique art form using acrylics and paper while learning of the works of Global Naïve Art Masters from the 18th to 21st century.
Artist Moojan Nazmi and Rose Ave PS students create Matisse inspired umbrellas later to hang from the school ceiling ~ PHOTO Kevin Arsenault
Ideal for grades 3 to 7 ~ Mahshid Fadaei, Elizabeth Greisman, Karen Harkins, Moojan Nazmi + Piya Sharma ~

The ancient Persian architecture, Ziggurats (meaning to build on a raised area), were massive structures built in the Mesopotamian valley and western Iranian plateau. Chogha Zanbil (translated basket mound) is one of the most famous, built around 1250 BC by the Persian king, Untash-Napirisha. Students let their imaginations fly and create their own 3D papier-mâché Ziggurat with relief clay or printmaking. They may also build their own silver and golden plates and coins while learning stories of ancient carvings and how to replicate them. Finally, the program introduces the many characters of Persian mythology that can be built through 3D papier-mâché and paint. Ideal for grades 3 to 7 ~ Mahsid Fadaei, Sandra Iskandar + Moojan Nazmi ~

Let’s look at Matisse’s shapes and design, Picasso’s formal simplification and expressive power, and Modigliani’s mask like faces as influenced by African sculpture and art. A study of African art and culture, through the works of African and European artists, show us beliefs reflected in the art. We can explore, through games and movement, the invisible world that exists in visual art and the essence of what it stands for. Ideal for grades 3 to 7 ~ Karen Harkins + Charmaine Lurch, Piya Sharma ~

Thangkas are early Tibetan religious paintings painted on canvas and mounted on silk or brocade. They often represent dieties in the Tibetan Buddhist tradition but can also depict landscapes and mandalas. In most cases they are crafted by monks and used as teaching tools to remind people of the qualities of the image depicted. Mandalas can be used as objects of meditation. In todays’ classroom they can be an inspiration for making a personal, portable artwork that symbolizes the idea that we carry home within us wherever we are a rare gift, despite changing circumstances. The image of a tree is used in place of a diety, symbolizing the idea of being ‘rooted’ in every moment, being strong in the face of changing circumstances and providing a sense of belonging. Adaptable to all grades ~ Pria Muzumdar ~